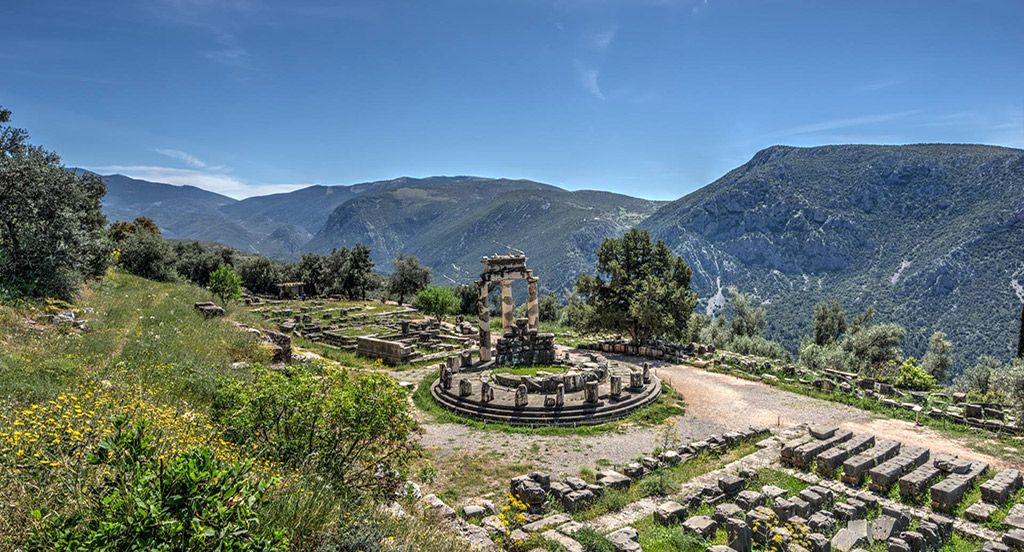 Delphi is an archaeological site and a modern town on the south west of the Mount Parnassos. The site of Delphi was believed to be determined by Zeus when he sought to find the center of Gaia. He sent two eagles flying from the eastern and western extremities and the path of the eagles crossed over Delphi where the omphalos or navel of Gaia was found.

Delphi was the site of the Delphic oracle, the most important oracle and a major site for the worship of the god Apollo. He slew Python, the dragon that lived and protected the navel of the Earth.

Apollo’s sacred precinct was a panhellenic sanctuary where from 586 B.C. and there after every four years, athletes from all over the Greek world competed in the Pythian games, pre cursors of the modern Olympics. These games instead of the Olympian ones, were not of such vast importance to the city, as had other attractions that labeled Delphi as the center of the world. The name Delphi maybe comes from the same route as delphys, womb, and may indicate archaic veneration of Gaia at the site. The Oracle exerted considerable influence throughout the Greek world, the semi-hellenic countries, Macedonian kings, even Egyptians, and she was consulted before all major undertakings. 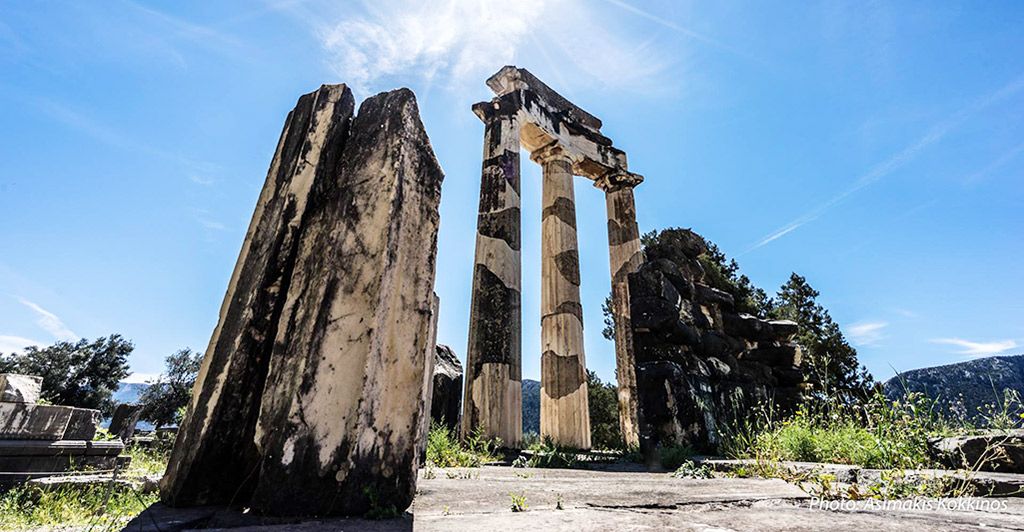 The oracle continued until it was closed by emperor Theodosios I in 395 A.D. The site was abandoned for almost 100 years until Christians started to settle permanently in the area establishing a small town in about 600 A.D. The residents had used the marble columns and structures as support beams and roofs for their houses: a usual way of rebuilding towns that were totally destroyed. In 1893 archaeologists from the Ecole Francaise d’ Athenes finally located the actual site of ancient Delphi, and the village moved to its new location.

The Delphi archaeological museum is at the foot of the main archaeological complex. Slightly further is the Gymnasium, the Tholos, the Stadium, the Theater e.t.c. The town of Delphi does not rely on its archaeological site, but organizes a diverse array of musical and theatrical shows every summer, attracting constantly growing numbers of tourists, supported with the relevant tourist services. Nothing can describe the feelings of serenity and awe inspiring majesty, emanated by the landscape, the size of the unique site, the self knowledge and moderation of Ancient Greeks. 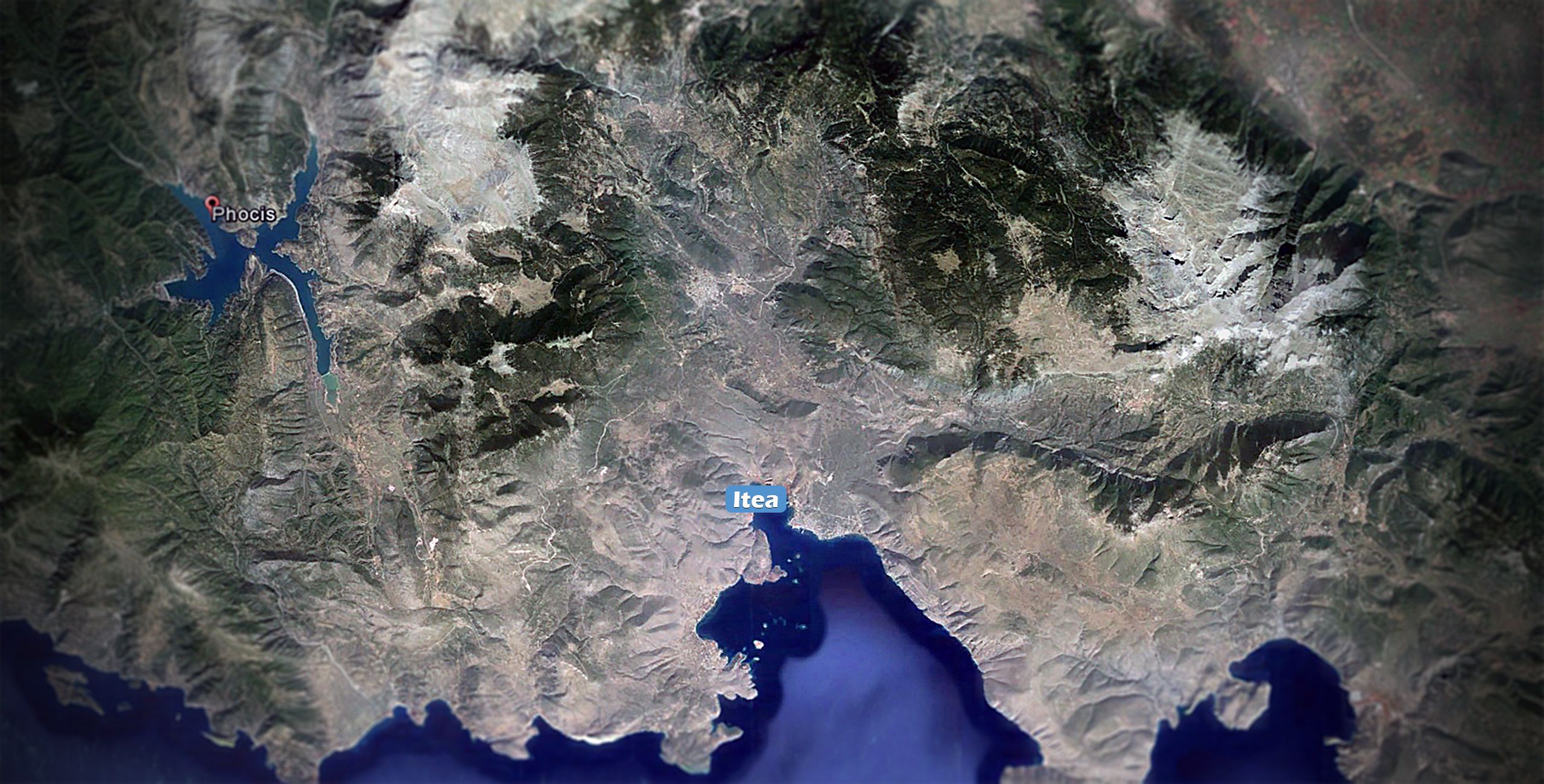